We’ll see your IT Pro and raise you David Newkirk

We’re the largest department in our college, and one of the largest in the University, by a long shot. Our size is comparable to that of the entire College of Textiles. We’re actually bigger than the College of Design. We gotta lotta folks. Close to 200 faculty and staff alone, in fact. Imagine how many individual IT issues a department this size generates on any given day. David Newkirk knows all too well, but somehow juggles all of them, makes it look easy, and remains courteous no matter how simplistic the request. In fact, when asked how many times a day he resists the impulse to shout, “MOVE!” and, “YOU’RE WELCOME!” while assisting technological amateurs, he says, “That’s funny. My wife often jokes about me being her Nick Burns. Depends on the day. No, we are all learning as we go. I like to think that we are all gifted in different areas.” 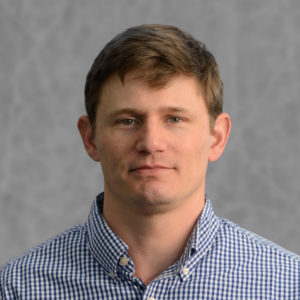 David started his journey at NC State in 1998 as an electrical engineering student, and even had his very first summer job at D.H. Hill Library that year. “I guess you could call me an NC State homebody,” he says, noting his nearly 20-year connection to NCSU. This past March marked seven years in his current position, which started with the former Biology department. In the IT field one can see a lot of change in 7 years, when updates and innovation happen seemingly every second. “I enjoy the versatility,” David says, “It can be challenging to keep up with the evolving technologies and assorted university systems, but that provides a wide range of learning potential.” Through all that evolving technology, he has remained ahead of the game, earning himself vast appreciation from department members, and even 2 nominations for the College of Sciences SHRA/EHRA Awards for Excellence (the second of which narrowly escaped him in a tied vote for the winner).

In her 2017 nomination letter written on behalf of The Forensic Analysis Laboratory, Professor of Anthropology and Forensic Morphology Ann Ross wrote, “During this past snow storm, he even trekked the .5 mile from David Clark Labs risking injury to self to Park Shops lab to work out a software glitch with our x-ray system…He always stays until the issue is solved and comes back if needed- he goes above and beyond what is needed and he doesn’t seem to cringe away from the smell of decay… Without him we would be writing on stone tablets if not for his computer tune-ups, part replacements, and overall wizardry.”

To paint a picture of the oftentimes complex services David provides to our PI’s, Ann’s nomination also describes a bar code system used to track lab specimens (human and animal remains) during intake and release back to the medical examiner’s office and law enforcement, for which they needed an automated process, rather than hand-entering information which defeated the purpose. Noting his efficiency in meeting the lab’s request, Ann wrote, “David came back within a week with an app that he himself coded for our specific needs! It has been working well and has completely streamlined our work flow. Furthermore, the app is tailored to our needs, which keeps track of what cases are currently under review, on loan, or returned.” 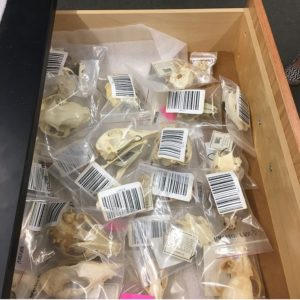 As David further explains, “the app that Dr. Ross’ lab uses takes advantage of several different technologies. They print bar codes using a standard label printer that matches their current naming convention for specimens. Most proprietary software like Brother label maker can hand this. They then scan the barcode label using a wireless barcode scanner made by Wasp Technologies to either add a new item or locate a corresponding entry. Scrolling through large amounts of spreadsheet data, especially with mobile devices isn’t very much fun, so we use a service called Appsheet to make data stored in a Google spreadsheet pretty and more easily used.” This is just one example of the initiative David takes on a daily basis to support our staff and faculty, frequently within minutes of asking.

“Without him we would be writing on stone tablets if not for his computer tune-ups, part replacements, and overall wizardry.”

Another aspect of David’s work is keeping the department safe from the latest online security threats, and as such you’ve probably noticed fairly regular warnings from David in your inbox when these attacks occur. When asked about the craftiest phishing attempt he’s seen at while at the University he recalls the recent Google Doc phishing scam. “[It] was very clever. This was an innovative approach of compromising accounts. After a user clicked the “doc” and approved the permissions, the nefarious 3rd party app gained control over his/her mail, contacts, and files within Drive and then spread like a ‘computer worm’ through the domain. Luckily, Google shut this down quickly and limited the damage. This makes the need for the two factor authentication even more apparent.” (As a friendly reminder for our department members, compliance with two factor authentication is required by 9/30/17. ) 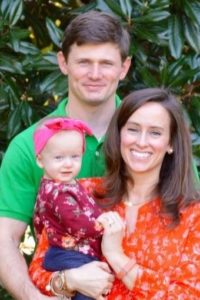 When he’s not on campus keeping our ship afloat, he’s at home with his wife, Kate, and baby girl, Olivia, who is a local celebrity among the BioSci office, as well as Applied Ecology, where her grandmother and David’s mom, Dawn works.  “I love every part of being a father.  Children develop and learn so quickly…I’m constantly surprised with what new thing she learned that day,” David states, “I wish my brain still worked that way.” Don’t we all? Perhaps then we wouldn’t have to keep him so busy…