As indicated by her feature in this issue of The Scope, Teaching Assistant Professor of Microbiology Alice Lee has some good ideas. So good, she made a request for this issue — that we get to know our department members a little better by getting to know their pasts! As such, please enjoy our featured members in this issue’s segment of BioSci Beginnings.

Since she suggested the segment, I had to make her participate! Here’s Alice at age 22 in 1997, fresh out of college with her B.S. and in her first classroom.

Next up? That smiley dude in the front row is Assistant Professor of Neuroscience John Meitzen! At age five John wanted to be Han Solo when he grew up. Some might argue he’s come pretty close, as the force is definitely strong with this one.

Seen here in sixth grade at age 11, Student Services’ Angie Lueneburg wanted to be a commercial artist, given her natural talent for drawing. “Pen and paper were my iPad,” she jokes. 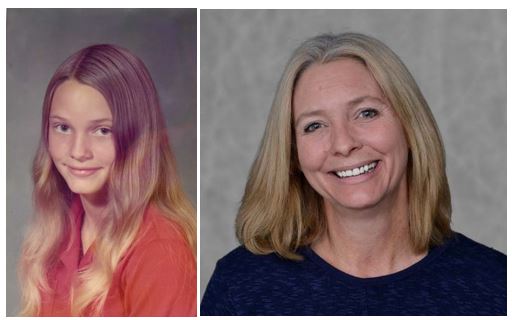 What’s this young lady’s plan for her future? Forensic psychologist. Business Officer Lara Mekeel was 13 and in the seventh grade. She later learned that path wasn’t the most plausible, recognizing that she “wouldn’t get to interrogate criminals/star in my own true crime show.” So she decided to become a lawyer. “Then I read through law school classes and realized I didn’t want to know what a tort is. Or civil procedure. So I studied economics. And here we are.”

Our next 13-year-old is Professor of Genetics and Statistics Jeff Thorne! “I had no idea about what I wanted to do in life, but I did like being outside and catching things,” Jeff recalls. “It wasn’t the case for the poor fish in this photo, but I usually put whatever animals I caught in a terrarium or aquarium and tried to take care of them. I would not have been surprised to find out that I eventually would become a biologist. I would have been very surprised to learn that I eventually would do research on statistical methods.” Unexpected or not, Jeff’s stats certainly worked in our department’s favor. 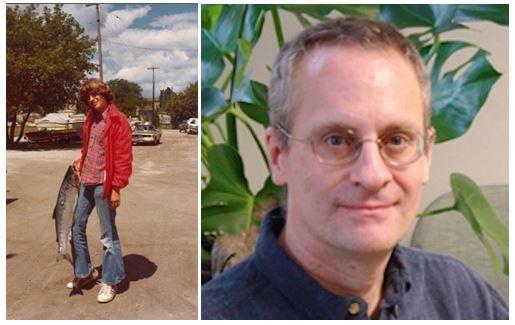 Moving on up in the teens, the cool cat you see below is Professor of Toxicology Jerry LeBlanc. He was 18 here, and wanted to be a musician in a rock ‘n’ roll band (cue The Moody Blues). While his lifestyle ended up a bit different than that of a rockstar, Jerry still dabbles with piano (his favorite), organ, accordion, harmonica, guitar, mandolin, a little banjo, and the dulcimer.

And to wrap up our first BioSci Beginnings, here is yours truly. At age 10 in fifth grade, I was holding on tight to the goal of becoming a botanist. It was 1993, Jurassic Park was just released, and paleobotanist Ellie Sattler was my hero. One fact about this picture remains true —velociraptors are still awesome. 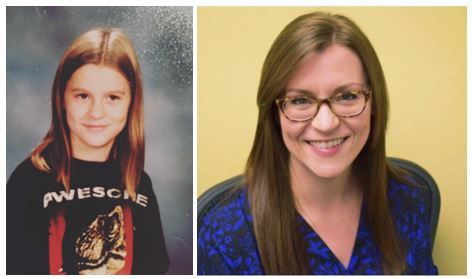 Current faculty and staff: Let us learn more about you! If you’d like to be featured in our next BioSci Beginnings, please contact Kathleen Wilson at kswilso2@ncsu.edu!